On December 3, 2015, Pantone announced its much-anticipated 2016 Color of the Year and they dropped a bombshell: it’s actually two colors – Rose Quartz and Serenity. These colors will make an appearance in all areas where style and design are involved, from fashion to patio furniture to wall paint. Here’s the buzz about the Pantone Color of the Year.

Pantone was founded in 1963 by Lawrence Herbert. Herbert created the Pantone system – the Pantone Matching System a.k.a. PMS – out of the need to properly identify, match and communicate colors within the graphic arts culture. “Red” can come in many shades, which was leading to mistakes between graphic designers and printers or other vendors that would eventually create the packaging for a product or the product itself. The PMS helped to prevent those mistakes from happening.

Since 2000, Pantone has announced a “color of the year,” initially designed to be a marketing effort for the company. And it worked: they don’t just print color guides; they consult with leaders in the fashion industry like Donna Karan and even sell their own products for their loyal fans and customers, such as a Pantone mug. They boast more than 89,000 followers on Pinterest and more than 400,000 on Instagram.

Last year, the Color of the Year was the deep, rich shade of Marsala.

Pantone explains the choice of Rose Quartz and Serenity:

“Joined together Rose Quartz and Serenity demonstrate an inherent balance between a warmer embracing rose tone and the cooler tranquil blue, reflecting connection and wellness as well as a soothing sense of order and peace.”

Here are some of the reactions from around the Internet:

How to Use the Pantone Color of the Year

If you’re thinking about how you’ll incorporate this into your outdoor living space, here are some ideas for how to do it: 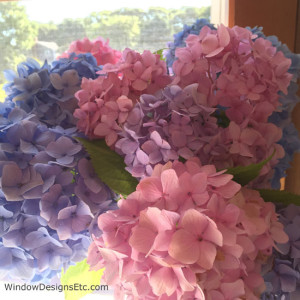 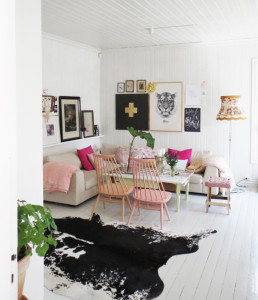 If you happen to be in the market for high-quality, long-lasting, durable patio furniture, see what Fifthroom.com has to offer.