You may have noticed butterflies delicately fluttering about in your garden or outdoor living space but may not have been able to properly identify them. In this brief tutorial, we will take a look at some of the common butterflies so that you can get a head start on becoming an enthusiast. 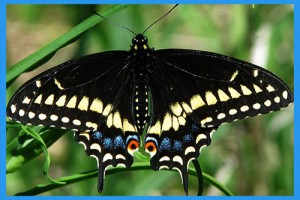 Found throughout 2/3 of North America, these butterflies are common in gardens and towns. They are colored black and yellow and are rather large. The caterpillar form of these insects is drawn to parsley and dill. You can identify them by their green and black stripes. The adult males of the Swallowtail species are often drawn to the top of hills to wait for females. 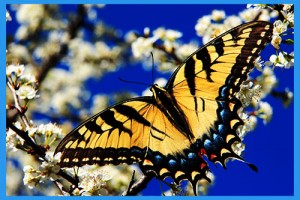 There are 5 kinds of Tiger Swallowtails throughout North America and nearly every area has at least one of those types. These butterflies are rather large. The majority of their wings are yellow, while the edges and stripes are black. The reference to a tiger in its name comes from the tiger-like stripes, while the surname of swallowtail indicates the trailing black wing extensions. These butterflies like wild cherries like black cherry and chokecherry. 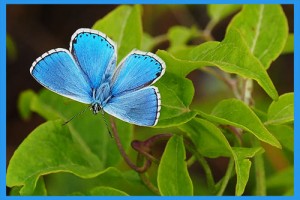 These butterflies are among the first to emerge in the spring. They are colored a beautiful blue and are found all over North America. There are around 30 species of this particular butterfly with varying shades of blue and slight variations in wing shapes. The darker blue ones with fine tails are the most likely to be found in your garden. 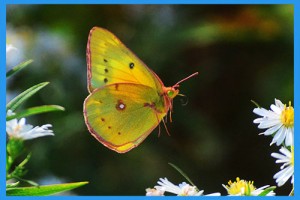 These butterflies are similar to the Cabbage White butterflies in nearly every aspect except color. The Orange Sulphur is a medium sized butterfly with wings that range from yellow to orange. This species is rather popular in North America and can be found in abundance in fields of alfalfa. Some close relatives include the Clouded Sulphur, which is nearly all yellow, and the Giant Sulphur which is almost the size of a Swallowtail. 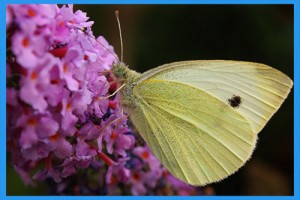 Nearly all of the small white butterflies you’ll see are Cabbage Whites as they are a rather widespread species. They are not a native of North America but have become the most popular species here. The caterpillars of this species feed on many different types of plants including mustard and cabbage. The black dots on the wings indicate the butterfly’s gender. The males have only one dot, while the females have two. 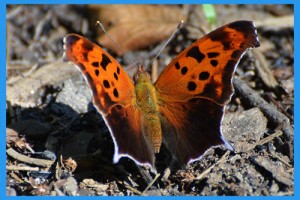 These butterflies are curiously shaped and have a very edgy appearance. They also have silvery designs on the underside of their hind wings that resemble question marks and commas, thus inspiring their name. 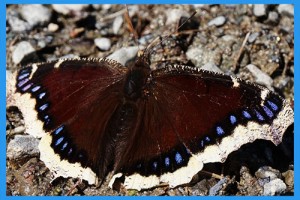 This butterfly is rather large and is the only type of butterfly to have black or dark brown wings with yellow edges. The Mourning Cloak also appears in early spring and are sometimes even spotted on warmer winter days. Many of these butterflies are seen again in July, where they refrain from visiting flowers and are more interested in tree sap and decaying organic materials. Willows are mainly what the caterpillars will feed on. 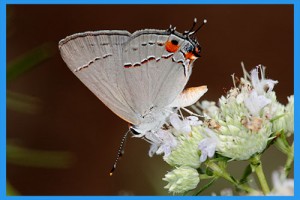 There are over 1000 species of Gray Hairstreaks in the American tropics with about 60 species found in North America. Not all of them are evenly gray but they are often found with a familiar bright orange spot on their hind wing. These butterflies enjoy the tastes of various mallows like hollyhocks. 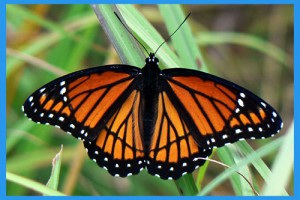 Viceroys are often confused with Monarch butterflies due to their similar patterns in colors and wing shape. These particular butterflies utilize these similarities to their advantage by mimicking the Monarch. The Viceroy is smaller than the Monarch and has a nearly identical orange and black pattern to the Monarch, but there is one very noticeable difference; the Viceroy has an additional stripe on its hind wing that crosses the other lines. 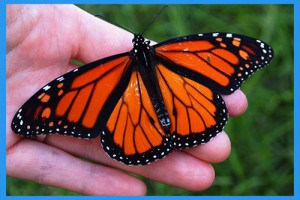 This butterfly is often considered the most well-known in North America. They are colored a bright orange and black and migrate southward in large groups in the fall. Birds do not enjoy eating adult Monarchs because the caterpillars feed on milkweeds and acquire toxic chemicals. You may not spot these butterflies until late June because they have to make a trip back from Mexico. The returning butterflies are the offspring of the butterflies that migrated last fall. 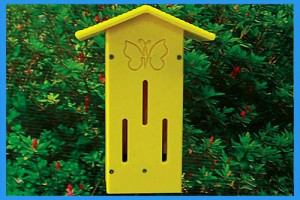 Now that you have a little more insight to some of the more common types of butterflies, you can begin to identify them in the wild and perhaps even strategize ways to bring them to you. Fifthroom.com even has a unique Butterfly House you can start with as well as plenty of other outdoor specialty items. Check out our site today at www.Fifthroom.com!