A few weeks ago, I took a hike on a local trail at Fall Run Park. It was a nice little adventure that helped me escape the world of televisions, phones, and computer screens. As I was walking and enjoying the sunlight through the canopy of trees overhead, I noticed that the trail wasn’t everything it used to be. It was more! 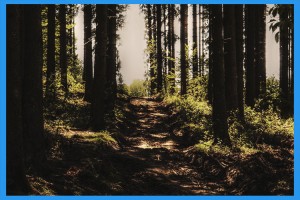 As it turned out, many people also had the same idea that day, just as others before us. It’s not uncommon for families to want to go outside, but due to certain situations in the world right now, opportunities to find entertainment outside the home are quite limited. This is the reason that I think the trail was so different that day. People had become motivated to set their focus elsewhere and decided to embellish the trail with their creativity. 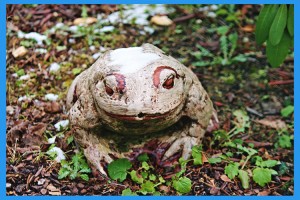 The natural landscape is what you might expect, what with dirt trails, large stones, wildlife, foliage, and waterfalls, but the human element was also present. Among many of the hidden nooks and crannies were makeshift fairy gardens, complete with miniature houses and gates as well as figurines and trinkets. Ornaments hung from trees and tiny accents were sprinkled throughout. It felt like the whole trail was marked with little treasures that you almost had to search to find. 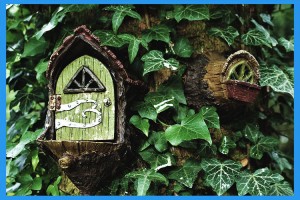 I wasn’t the only one who noticed, either. Parents with children, people with their dogs, and groups of friends all stopped in excitement to see the unusual displays. Toddlers would stop me and ask if I saw the surprise up ahead. I hadn’t realized yet that I was in a nature exhibit. People would be gathered together, looking at some odd spectacle and wondering how and when it had gotten there.

Geo-caching is an interest of mine, where you download an app to your phone and use GPS coordinates from your location to find little treasure boxes in the area. Fall Run Park has at least three of these little boxes, all hidden to the naked eye. The rule is that if you find a box, you can take something out of it only if you replace it with something else. Then you log that you found the location, the box, and any comments you might have in terms of difficulty or damages. This hobby is common in many locations around the world, but having Fall Run Park as one of the hotspots really made the hike feel more adventurous. 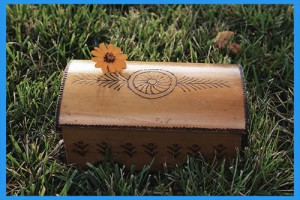 Fall Run Park also has a stream running through it. This stream flows beside the trail and under various bridges, among many flat rocks, and over waterfalls. Children would be playing in the cascading waters, trying to find salamanders, and sliding down the smooth rocks below falling water. At the higher end of the trail, in the shallows of the stream, there were stacked rocks. I mean a collection of them, at least fifteen to twenty little rock towers. Some of the rocks were smooth, others, not so much. It made quite an exhibit and I was both impressed and inspired. I thought that maybe I could paint a few rocks or make a small wooden structure, like a birdhouse or castle, to contribute to the accents of this trail. 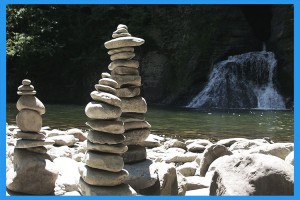 Of the pieces I found there, I felt that there may have been a concern as to any potential dangers it might pose to the wildlife. Could a bird eat a little figurine? Is the paint on the ornaments non-toxic? Will all of these treasures be scooped up by the township? As much as I thought it was a possibility, I also though that getting to experience the trail in a new light was something special. These little additions made the hike all the more memorable.

Here’s my point. Yes, maybe adding all of these things to a wildlife trail might be unwise due to lack of supervision, but could we implement that same creativity to something like our backyard? We could hang pretty flower ornaments, make little fairy gardens, stack rocks, and hide little treasure chests. We could even build a pond with a waterfall. We could make our backyard an inspiring outdoor living space. By adding little touches, the whole atmosphere could change, if only a little bit. Not only were these gestures of art on the trail conversation worthy, they were also unforgettable. We can bring that same level of interest to our home if we so choose. 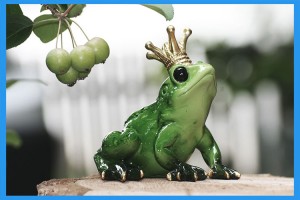 I encourage you to think of little ways to not only polish your outdoor living space, but embellish it as well. Sometimes, character is in the unique details and that may just be the edge you’re looking for when attempting to personalize your space.

For inspiration and accents, Fifthroom.com has a lot to offer. Check it out for more ideas and information.