Fifthroom.com products can be found in homes and parks all across the country. From Florida to New Jersey, they are everywhere! But, did you know that Fifthroom.com’s products were chosen to be featured on a number of nationally and internationally broadcasted shows like the Macy’s Day Parade, the Tony Awards, NBC’s George to the Rescue and Live! with Regis and Kelly?

Live! with Regis and Kelly was probably one of the greatest shows on TV because Regis Philbin is pretty awesome. Well, in 2010, the producers needed an outdoor structure for their remote set in the Canadian province of Prince Edward Island.

They needed a structure with a roof, but it needed to be open in order for Regis and Kelly to host the show and have their guests enter quite easily. The producers selected Fifthroom based on our ability to create the traditional look the historical setting demanded and our ability to meet their tight deadline and international shipping needs. 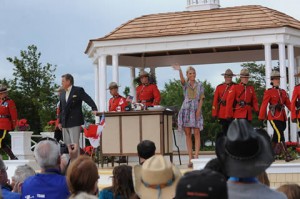 On the set of Live! with Regis and Kelly equipped with a Fifthroom gazebo.

In that same year, NBC’s home improvement show, George to the Rescue, asked Fifthroom to provide a pergola for the second show in their first series. Fifthroom and the show worked together to create a dream backyard for a couple. We created an 8’ x 12’, 4-beam vinyl pergola that was weather resistant and durable in the outdoor elements.

The backyard makeover was in response to an email written to the show by the wife, Debbie, asking the show to come to the rescue of her husband, John. As a past recipient of the presidential service award, John was a stroke victim suffering from right side paralysis and impaired speech. With his limited mobility and sensitivity to the sun, John now avoids leaving his home. But, with Fifthroom’s help, John and Debbie can live happily in comfort with their pergola.

A few years prior, Fifthroom’s 6′ Octagon Vinyl Gazebo took the Big Apple by storm as millions tuned in to watch the annual Macy’s Day Parade. Our gazebo was directly requested by Macy’s to be used as a stage for singer Dolly Parton as she performed several songs throughout the parade route. 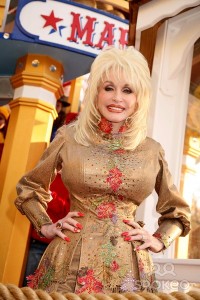 As you can see, Fifthroom is one of the top choices for companies and homeowners who need beautiful outdoor structures and furniture! Shop Fifthroom.com today to start creating your outdoor space that brings together the splendor of nature with cutting edge design.​